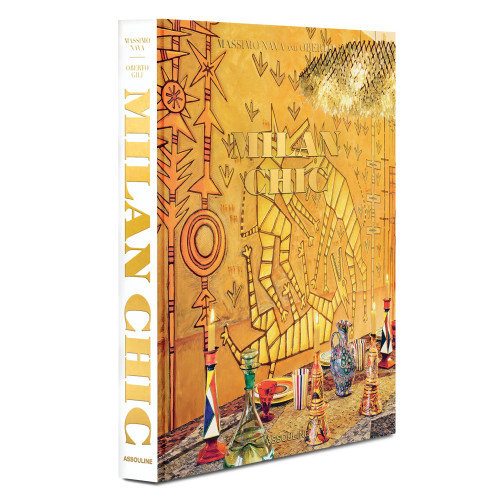 In Northern Italy, a unique skyline emerges, combining the aesthetics of history and tradition with the innovations of modernity. Milan reveals itself through Stefano Boeri’s Vertical Forest and Rem Koolhaas’s Fondazione Prada, along with the imposing Milan Cathedral and the grand iron-and-glass dome of Galleria Vittorio Emanuele II. But the true essence of the metropolis lies hidden behind the façades of the striking buildings. Whether that means the interior-design creations displayed at the plentiful design fairs or Leonardo da Vinci’s masterpiece the Last Supper, housed in Santa Maria delle Grazie, Milan requires a local guide to comprehend all of its secrets and treasures. Author Massimo Nava and photographer Oberto Gili are happy to oblige.

The magnificence of Milan is a reflection of its inhabitants: the designers, architects, artists and restaurateurs who lend their own brand of style to the city. In Milan Chic, readers are taken on an intimate tour, making stops at the homes of sought-after designers, the studios of gifted artists and the headquarters of prominent architects. This book illustrates the allure of this elegant industrial and cultural center.